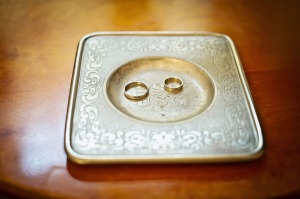 So, you’re getting married. There is so much to do. You have to pick the rings, the venue and the band. And the lawyer? Unfortunately, that should be on your to-do list as well.

The reality is that many marriages end in divorce, and of those that don’t, 100% end in death. In either case, there are assets to be distributed. While it is certainly unromantic to discuss and negotiate a prenuptial agreement between the time of your engagement and the wedding, an agreement can save a lot of heartache and money when it comes time to distribute those assets.

To be sure, not everyone needs a prenuptial agreement. The most commonly exempt are:

However, prenuptial agreements are appropriate for those who:

A prenuptial agreement provides certainty for both parties and protections that go beyond the laws governing the division of assets.

Prenuptial Agreements Allow You to Share as You Want:

In the event of death, even if a party doesn’t make a provision in his or her will for the spouse, state law likely will grant the spouse certain rights to a share of the decedent’s estate. In other words, if your premarital estate is significant, it makes sense to ensure that your spouse will share in it only as much as you wish should you divorce or die. This is especially true if you have children from a prior relationship whose inheritance you want to protect.

Such certainty makes it easier for both parties to plan. It’s particularly valuable, say, if one spouse has an interest in the family business at the time of marriage, or acquires additional interests in businesses during the marriage. Without an agreement in place, determining the marital and nonmarital portion and the value of these businesses can be messy, expensive, emotional and time-consuming.

Prenuptial Agreements Give You The Power of Knowing:

There’s no question that prenuptial negotiations can be difficult emotionally. But rather than weaken the marriage, as some critics suggest, a prenuptial agreement can actually strengthen a marriage, because both spouses fully understand where they stand financially. Such an understanding provides spouses with some protection from the unknown—and the benefit of that certainty greatly outweighs the pain of an “unromantic” discussion before tieing the knot.

In the end, it’s better to endure some discomfort early on than years of fighting down the road.