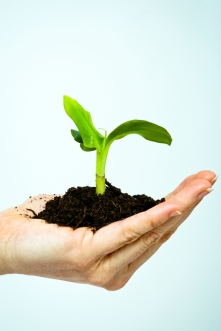 Assisted reproductive technologies (“ART”) have become increasingly common in our society. The law regarding ART is lagging behind scientific advances and is still evolving. Family law issues are particularly likely to arise for couples utilizing ART as couples who struggle with infertility issues get divorced at a higher rate than the general population.

Issues involving ART continue to garner news headlines. Just this summer, Modern Family actress, Sofia Vergara, and her ex-fiancé, Nick Loeb, have been in the spotlight as they battle over the frozen embryos they created during the course of their relationship (which ended in the Spring of 2014). While Nick filed his initial petition in California anonymously, it quickly became known that the suit involved Nick and Sofia. Nick is seeking to invalidate a contract he signed regarding the embryos which specifically stated that the embryos were only to be brought to term with the consent of both Nick and Sofia. He has appeared on the Today Show and has written an Op-Ed for the New York Times explaining that he believes the contract should be voided because it did not specify what would happen if the parties discontinued their relationship, because he signed the contract under duress and because the court should consider moral and ethical theories when determining the disposition of each embryo (which he has referred to as an unborn child). In May 2015 Nick amended the suit he originally filed and is now specifically seeking custody of the embryos and the ability to bring the embryos to term against Sofia’s wishes. Sofia is less apt to discuss the issue in the press but seems to be seeking to maintain the status quo with respect to the frozen embryos by keeping them frozen indefinitely as she does not wish to be involved with her ex-fiancé as a parent. This is an issue of first impression in California; although there is also a divorce matter (Findley v. Lee) currently proceeding in California which also involves the disposition of embryos.  Testimony was heard with respect to the frozen embryos in that case in mid July 2015, but no decision has yet been rendered.

As illustrated by the current legal battle between Sofia and Nick, the issue of the disposition of embryos has emotional, moral, political, religious and scientific overtones. The discussions regarding frozen embryos are often controversial as they are enmeshed with discussions of abortion and when life truly begins.

The treatment of frozen embryos in family law matters still causes much confusion. To bring some clarity to the issue, below is a brief review of the current status of the law and the various approaches used to determine the disposition of embryos.

In Pennsylvania, New Jersey and Tennessee, courts have used a balancing approach to weigh the interests of the parties in the embryos in order to determine the appropriate disposition.

The first and seminal case in Pennsylvania regarding the disposition of embryos involved a wife who was diagnosed with breast cancer about a year after the parties married. Upon medical advice, Husband and Wife underwent in vitro fertilization shortly after Wife was diagnosed with breast cancer so that they would be able to preserve her ability to have biological children. Thirteen (13) embryos were created with Wife’s eggs and Husband’s sperm. She then underwent several rounds of both chemotherapy and radiation and two (2) surgeries. After her various treatments and surgeries, Wife underwent testing after which she believed the results of the testing indicated that she would be unable to have children herself. Husband filed for divorce and shortly thereafter had natural children of his own with another woman during the pendency of the divorce case. Shortly thereafter he also testified that he intended to have additional children.

The Pennsylvania Superior Court held that “as a matter of first impression, wife under a balancing approach would be awarded the pre-embryos when the parties did not have an agreement regarding the disposition of the pre-embryos and wife had undergone chemotherapy for breast cancer” and “evidence was sufficient to establish that wife did not have the ability to procreate biologically, though medical experts did not testify.”

The Pennsylvania Supreme Court declined to take Husband’s appeal from the Superior Court’s decision and so wife was ultimately awarded the embryos.

THE PRIOR CONTRACT APPROACH

In Illinois, Washington, New York, Texas, and Oregon, the courts looked to the parties’ prior signed agreements which specify the disposition of the embryos upon death or divorce. The courts in these states have found such agreements to be enforceable contracts which were not void against public policy. Most fertility clinics require parties undergoing in vitro fertilization to sign such contracts.

THE NO PARENTHOOD AGAINST CONSENT APPROACH

The case law in this area is still developing. If you are considering creating frozen embryos or already have frozen embryos, it is important that you discuss with your partner what should happen to those embryos upon death, divorce and/or other events. It is also important that you consult with an experienced family law attorney to have the appropriate legal documentation prepared and to understand your rights and risks in the event you and your partner cannot agree.